Ok, it was cute for a while and it has lots of potential, but I’m beginning to get tired of “bromance.”

Now is it possible we’re just looking at very close male friendships being depicted? And, after all, who says that guys in friendships can’t be physically affectionate? There is zero reason for this stigma – and if guys who are very good friends want to hug, casually touch, hold hands, even kiss and grope… 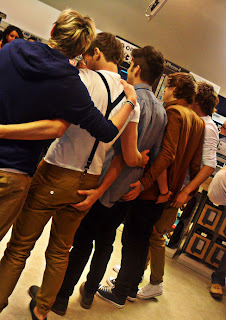 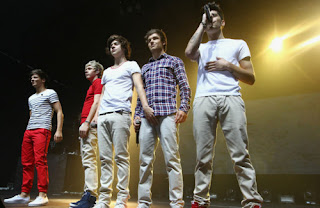 Ok, grope. Fair enough, why shouldn’t good friends who feel that close to each other express their friendship through groping be considered perfectly normal. It doesn’t have to be some kind of attempt at achieving edginess or feeding meet to the ever growing and headachey slash fandom, right?

Now would I pay money to see Stiles and Derek get it on? Ye gods, yes. But I highly doubt it’s likely to happen in the series. In fact, I think it’s highly unlikely that the show’s actual gay character, Danny, will get any serious on screen affection; certainly not on par with what we see from Scott and Allison.

And this worries me. It worries me because I’ve already fled, spitting blood and bullets, from threads where discussion of, for example, complete GBLT erasure in any and all Disney programmes was derailed by slash fans running in and discussing which characters they thought were the best slash fodder. Or which characters could possibly maybe. Or which characters they’ve always, personally, interpreted as gay in their own head-cannon. Or, y’know, any number of things that are COMPLETELY BLOODY IRRELEVENT to the actual erasure happening.

Or how many times do we see people celebrating and leaping all over the slash potential of a show – even calling it GBLT friendly – when it doesn’t have one single GBLT character or relationship? People are CELEBRATING erasure and calling it inclusion because it fits their slash goggles. And we’d be foolish to think that writers, producers et al aren’t seeing this and playing towards it. It’s ideal – they get inclusion cookies without offending the usual suspects on the right.

Is this form of “bromance” the next stage after “word of gay inclusion”? (Where the author/writer says that a character was GBLT without backing it up in the book – why hai thar JK Rowling!) Another way to avid actual inclusion – but guaranteeing praise?

If we’re going to have this “bromance” and by all means do, don’t mistake it for actual inclusion. Don’t play to the slashers while refusing to include us in any meaningful or deep way.
Posted by Sparky at 13:16

Fangs for the Fantasy